It wasn’t love at first sight for Northern Irish emigrant Patrick McKenna, but Montreal eventually “got under my skin and worked its way into my heart.”

During my first 30 years in Montreal, I returned to my native Northern Ireland every second year. Going home for a few weeks was wonderful, but it wasn’t as simple as it might seem.

Back then, there were no budget airlines, so my ticket wasn’t cheap and, with no direct flight from Montreal to Belfast, I’d have to travel through New York, Boston or London before finally arriving at my destination.

Although I arrived exhausted and jet-lagged, I would still listen to Mum’s laundry list of bad news. I had to be careful when I went out, since the sectarian violence in Northern Ireland continued unabated. Before Mum and Dad had installed central heating, sleeping in a a bunk bed in a freezing bedroom was tough but once I adjusted I was fine. It was great to see my ever-growing tribe of young nephews and nieces. I enjoyed Mum’s home-cooked meals including stews and soups, fresh-baked breads, and date and apple squares more than words can say.

Then it seemed, just as I had settled in, it was time to leave. After two weeks surrounded by family, my empty apartment back in Montreal felt close to sensory deprivation. Returning there in the coldest, darkest depths of winter was especially tough.

In 2005, I started a job that involved travel to the United Kingdom and Germany. When I’d finished my work in London or Berlin, I’d fly over to Belfast. In this way, I got to spend more time with Mum and Dad in what would be their last years.

Dad, in his mid-80s, was losing his sight. Nonetheless, he managed to see the glass half full. When I asked him about his condition, he’d reply, “At least it doesn’t hurt.”

At the age of 84, Mum broke her hip and was confined to bed thereafter. Amazingly, she wasn’t upset by this. After bringing up nine kids, I believe she felt she was, at last, being pampered.

At the end of these visits, leaving was still hard but not like before. My visits were shorter. I was older and more emotionally mature. And someone special was waiting for me in Montreal.

Although Mum and Dad are gone now and my nieces and nephews are scattered all over the UK, I still go back. My visits aren’t as frequent and when it’s time to leave, there’s no drama. I always enjoy arriving at Trudeau International Airport.

Despite cherishing my back-home connection, I never neglected my relationship with Montreal. I always enjoyed everything my adopted city had to offer. Recently, I signed up at Concordia University for undergraduate courses in German, a language I really enjoy. (Here’s what you should know about learning a new language.)

Over the years, without my really noticing it, as I engaged with Montreal, it engaged with me. The city got under my skin and worked its way into my heart. When my old life back in Northern Ireland finally faded, my new one here in Montreal was there to catch me. Now, it’s the town I love so well – it’s home. For that I am very thankful.

The perfect way to spend a long-weekend in The Cotswolds 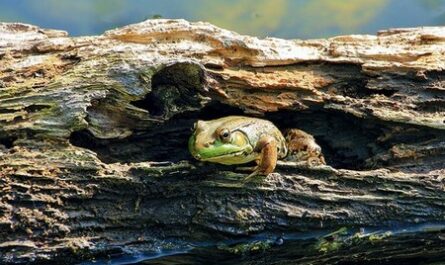 Why Point Pelee National Park is a Shutterbug’s Paradise