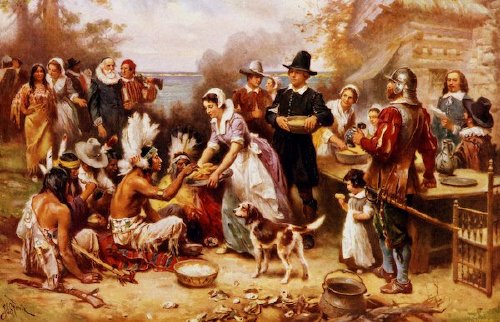 The OG Thanksgiving was held in the autumn of 1621 and served 50 Pilgrims and 90 Wampanoag Indians and the event stretched the span of 3 days. Many historians believe that sadly only five women were present at that first Thanksgiving due to the high fatality rate among women settlers who didn’t survive that difficult first year in the U.S. 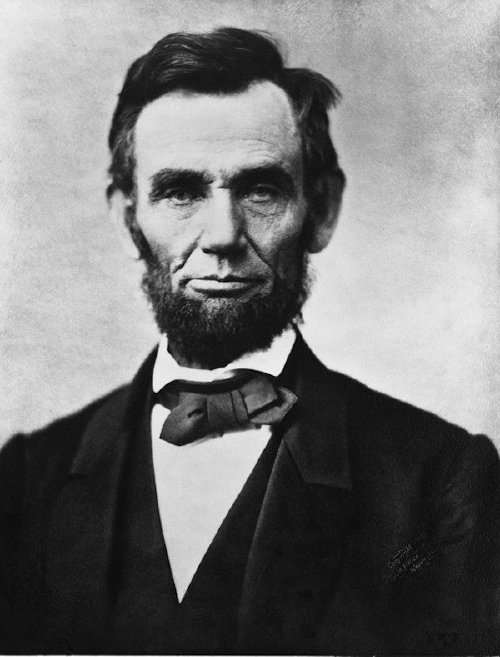 The national holiday, as we know it today, didn’t actually become official until over 200 years later! Sarah Josepha Hale, the woman who actually wrote the classic song “Mary Had a Little Lamb,” wrote letters for 17 years to President Lincoln campaigning for Thanksgiving to be made a national holiday, and in 1863 her wish became a reality. 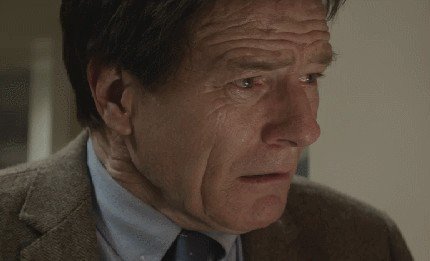 You may want to sit down before hearing this, but Thanksgiving was almost a fast instead of a feast! The early settlers gave thanks by praying and abstaining from sustenance, which was the plan for “celebrating” their first harvest. THANKFULLY, when the Wampanoag Indians joined them they turned their fast into a three-day feast! We really owe the Indians so much for this simple contribution. 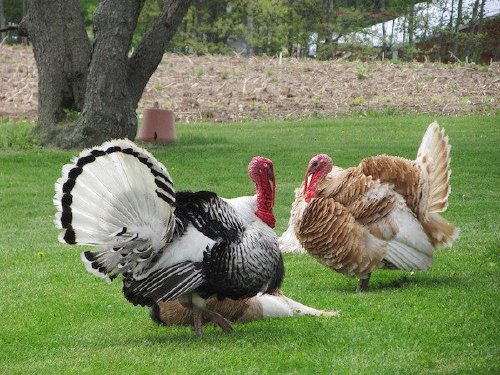 Despite the popularity of the iconic turkey, historians say that no turkeys were served at the first Thanksgiving! Instead animals like deer or venison, ducks, geese, oysters, lobster, eel and fish were on the menu. They likely did consume pumpkins, but certainly no pumpkin pies. BLASPHEMY. And even crazier is that they also didn’t eat mashed potatoes or cranberry relish. The thought of having no mashed potatoes for Thanksgiving makes me physically ill. 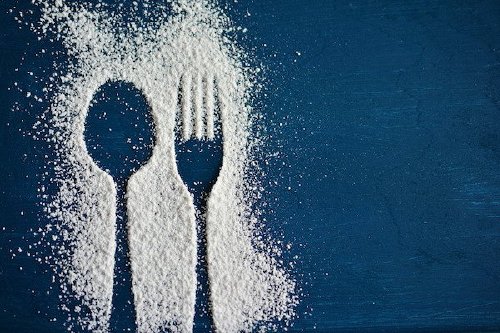 Spoons & knives were readily available and used during the first Thanksgiving, however, forks were a no-show as they weren’t even introduced to the Pilgrims until 10 years later. Forks as a utensil didn’t rise to popularity until the 18th century. 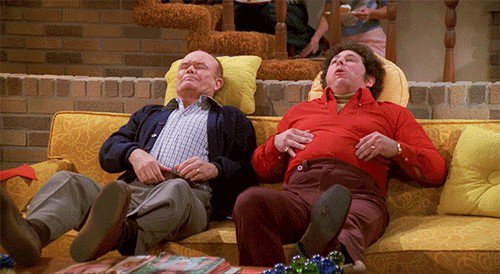 Turkey isn’t the main reason for that drowsy “food coma” feeling Turns out, according to scientists that extra glass of wine, the high-calorie meal and just relaxing after a busy work schedule is what tends to put us down for the count. 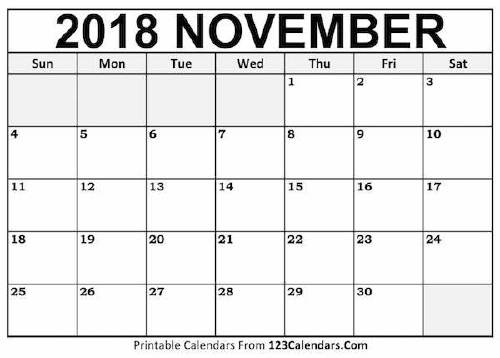 Anybody notice how Thanksgiving seems to be happening really early this month? Well, that’s probably because Thanksgiving always falls on the fourth Thursday in November, and this year the 1st of the month happened to be a Thursday. President Abe Lincoln declared the holiday would be the fourth Thursday in November, but in 1939 President Roosevelt bumped it up a week in hopes of helping the shopping season during the Depression era. The tweak never caught on, and it was changed back two years later. 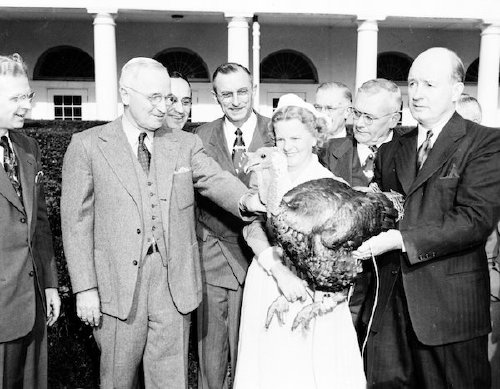 Each year, the president of the U.S pardons a turkey instead of adding it to the dinner table. The first turkey pardon began with President Truman in 1947 who spared a 45-pound turkey named Courage, who has then flown to Disneyland and served as Grand Marshal of the park’s Thanksgiving Day parade! 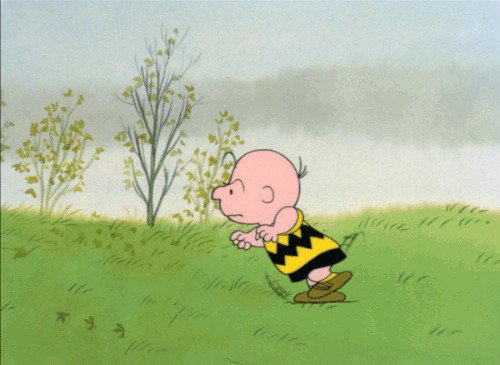 As you may’ve gathered, Football games were NOT present during the first Thanksgiving feast. I know, I’m as shocked as you are. The NFL tradition began in 1920 and since then the Detroit Lions and the Dallas Cowboys have always hosted games on Turkey Day (for more details on that check this article out). And since 2006, a third game was added with different teams hosting each time. Isn’t it just the greatest tradition? Seriously. 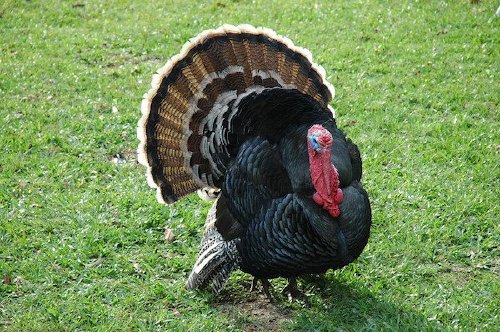 Wild turkeys aren’t as slow as you might think. Top speeds of a turkey can get up to 20 miles per hour when they are scared, however, it’s worth noting that domesticated turkeys are heavier and can’t run quite that fast. 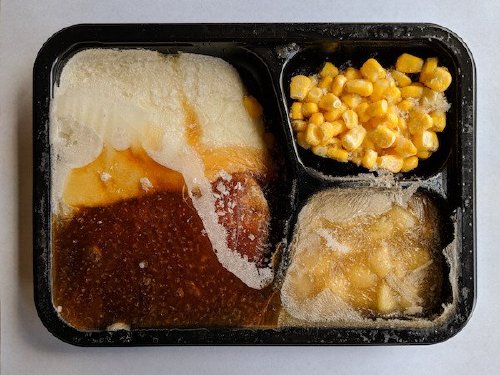 In 1953, the company Swanson had a surplus of extra turkey (260 tons) and a salesman told them they should package it onto aluminum trays with other sides like sweet potatoes –  and thus the first TV dinner was born thanks to the Thanksgiving holiday. 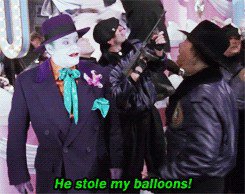 The first Macy’s Thanksgiving Day Parade launched in 1924 with 400 employees marching from Convent Ave to 145th street in New York City. However, no large Joker-sized balloons were present at this parade, as it featured only live animals from the Central Park Zoo instead. 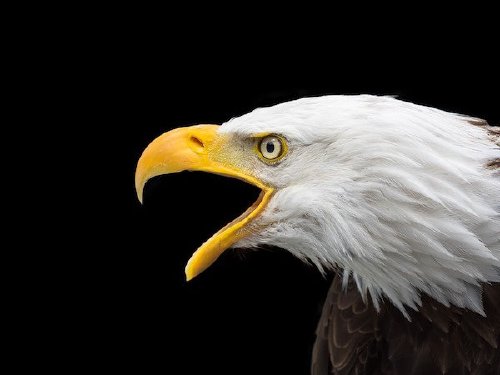 Benjamin Franklin wanted the turkey to be the national bird, instead of the bald eagle. 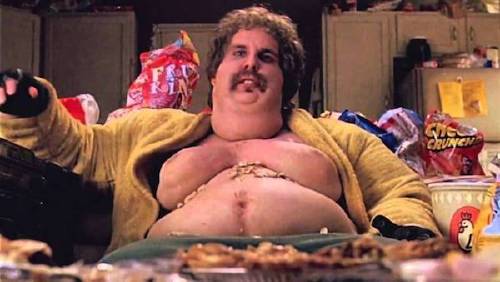 Americans eat 46 million turkeys each Thanksgiving, and somewhere a cow is shedding a happy tear for getting a breather. 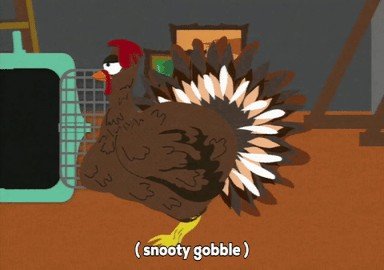 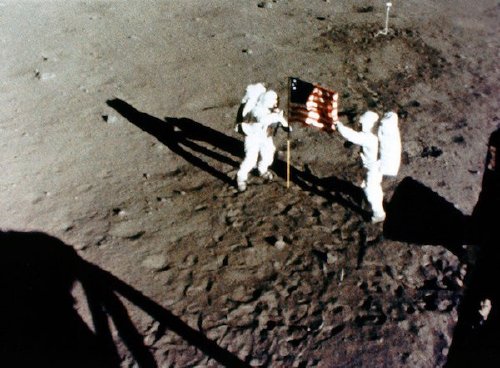 Neil Armstrong and Buzz Aldrin’s first meal in space after their historic moonwalk consisted of foil packets with roasted turkey. 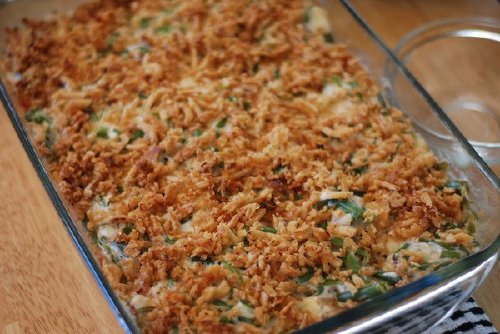 Campbell’s soup wisely created green bean casserole for an annual cookbook 50 years ago. That dish now brings in a value of $20 million worth of cream of mushroom soup each year. 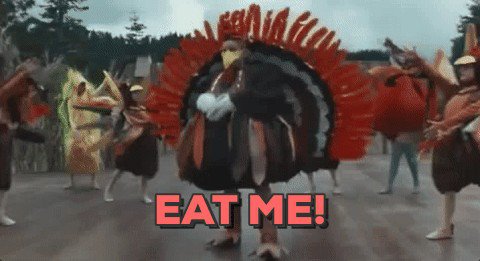 The heaviest turkey on record, according to the Guinness Book of Records, weighed in at a hefty 86 pounds. That’s just scary. Is Guinness certain they weren’t weighing an ostrich? 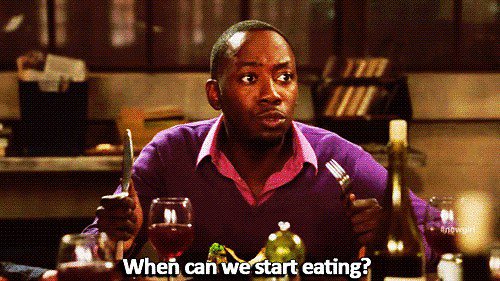 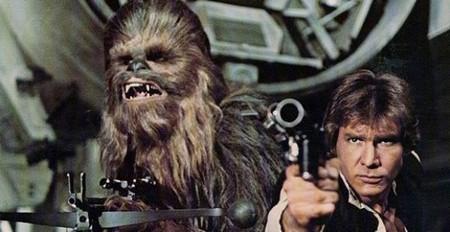 Facts about famous movie costumes that sound fake, but are totally real 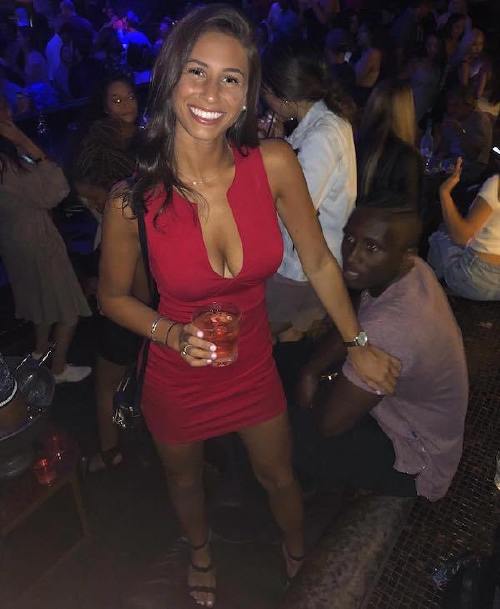