The singular fact that so many people misinterpreted this information – got it wrong – emphasises how complex the situation regarding testing cosmetics on animals is. So, I’m going to perimeter this topic and then break it down.

The recent announcement that as of 2020, China will no longer require cosmetics to be tested on animals, was greeted with triumphant jubilation around the world. Vloggers, bloggers, Instagrammers, and journalists alike hailed this breakthrough as a massive move forward on the part of the Chinese, whose testing polices had so far failed to keep up with most of the world. It sounded too good to be true. It was. Let’s call it ‘GOOD’ Fake News.

In 1938, the United States Food, Drug & Cosmetic Act was signed into law, requiring some safety substantiation of cosmetic products making it mandatory for companies to commence testing their products on animals. Animal testing became policy. 1938. Eighty-one years ago. That’s a long time testing on animals; but think about this: how many animals does that mean? Animals who have endured having cosmetic chemicals dripped into their eyes, spread over their shaved skin, or force-fed to them in large, even lethal doses.

We must ask: ‘Does testing on animals need to happen in 2019?’ The emphatic answer: No. In the summer of 2018, I was invited to the XCellR8 facility in Cheshire. There I was met by Dr. Carol Treasure who showed me round this fascinating centre. What do they do? They use alternative testing methods on laboratory grown human tissue and skin donated from cosmetic surgery to produce data much more accurate than traditional animal tests. This is one example of a number of scientist and pioneer researchers developing sophisticated methods of alternative testing. They exist. There are alternatives.

There are also a number of countries which, despite these alternatives, have continued to test cosmetics on animals, among them: mainland China – with its exploding economy and a population of over 1.3 billion. It represents a colossal market place; where European brands can make big bucks. For several decades, many brands have headed east, knowing that if they choose to sell their products in China, these will, or could, be tested on animals. These wealthy brands (many) sought profit alone. But these brands also knew that if their consumers in the UK – and indeed across Europe – found out that the brands they were buying were complying with animal testing, their ethics would be called to question which would affect their turnover. So, the brands disguised, decoded, and in many cases, lied to the consumer, using cunning brand language: ‘We don’t test on animals unless required by law,’ and so on. I’ve seen them use all the tricks in the book.

So, you will understand when, on March the 22nd 2019, the Chinese National Medical Products Administration (NMPA) put out the message that they: ‘Now accepted certain non-animal (alternative) test methods, ’ I was curious, but cautious to jump on the ‘Hoorah, at last’ bandwagon.

The story soon gathered momentum online, and as I read the Instagram posts and online articles claiming that China had abolished animal testing, I felt suspicious. I must tell you here that I am suspicious. Since 2012, I have been a cruelty-free makeup artist and ambassador. I found in the spring of that year the real and true extent of animal testing in cosmetics, and how brands and their brand language were lying to us. I discarded 80% of my kit. Thousands of pounds of makeup. It was non-negotiable for me. Since then, I have spent all of my time on a quest to campaign for cruelty-free beauty and consumer awareness. I have learnt a lot in that time, and seen how clever marketing language can conceal the truth.

Before I explain what this press release actually means in terms of animal testing in China, let’s first look in some detail at the three categories of testing in China:

Ingredients testing: Testing of ingredients that make up the product formulation

Products are categorised as either ‘special use’ (meaning they interact somehow with a person’s biology, e.g. sunscreens) or ‘ordinary’. A product’s category, and whether it is manufactured in China or imported, determine whether animal testing on behalf of the government is required prior to marketing. In 2014, the Chinese government lifted its animal testing requirement for ordinary cosmetics manufactured within the country; however, pre-market animal testing is still a requirement for all special use cosmetics, along with all foreign imports.

Companies whose products are subject to pre-market animal testing are required to supply a product sample to a government authorized laboratory in China, which will carry out at a minimum, eye and skin irritation tests in rabbits. Online shopping has provided a further avenue for companies to reach Chinese consumers without pre-market animal testing; however, there are indications that the government will be tightening up rules in this area.

Responsibility for surveillance of products released to market falls with each provincial government; however, Chinese policy and procedures around post-market testing have never been clearly stated. In the recent past, provincial authorities have reported carrying out some animal testing of cosmetics after-market, although the triggers for this testing, and the true extent of animal use, has remained a mystery.

Only substances registered in the government’s Inventory of Existing Cosmetic Ingredients in China are allowed to be used in products sold in the country. That means that any substance new to China must be registered, and this can entail submission of new animal test data to the government. The amount of new testing depends on the amount of information already available for a substance, whether foreign test data are accepted by Chinese authorities, and whether China requires animal tests in addition to those required by other world governments. Ingredient testing is carried out by specialty chemical companies who manufacture the ingredients, rather than cosmetic companies.

So now we’ve discussed the three categories of testing, we can look at recent headlines and what the real impact is on China’s animal testing policy. The headlines that emerged stating China will abolished post-market animal testing, resulted from a misinterpretation of a document published by Chinese authorities. This document was a ‘cosmetic surveillance sampling inspection testing plan’ – essentially a list of tests that are routinely performed on different types of products post-market, mainly to identify contaminants. Animal tests were not mentioned in this document, which is welcome news indeed.

But that doesn’t mean that if safety-related consumer complaints were reported about a product on sale (e.g. skin rash), that animal testing wouldn’t happen. And that’s for the simple reason that most provinces in China haven’t invested in the testing infrastructures to be able to carry out modern non-animal methods – so rabbit tests are, sadly, still the default. China has yet to announce whether this will change.

There was also recent news reports applauding China’s acceptance of several ‘alternative methods’. Of the five tests recently accepted for the evaluation of cosmetic ingredients, three are animal-based (using fewer animals, in less invasive procedures, than previously), and two are fully non-animal. The two animal-free methods – one for eye irritation and the other for skin allergy – must be used as part of testing strategies with other methods that have not yet been accepted in China. That means that a real-world decrease in animal testing is unlikely until 1) all non-animal methods within the test strategy are accepted in China, and 2) Chinese testing laboratories invest in modernised infrastructures to be able to switch from animal to non-animal methods.

So you can now understand that until this happens, we must remain cautious and not jump onto headlines stating that China is abolishing animal testing. Wrong information is sometimes more damaging that no information, and whilst these announcements are a welcome step in the right direction, we still have a long long way to go. 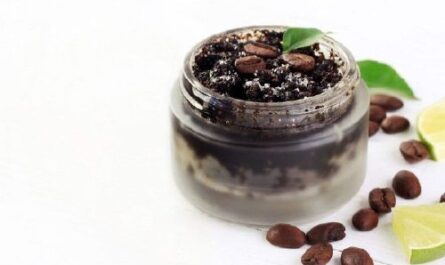 6 components of the cream eyeshadow that really work 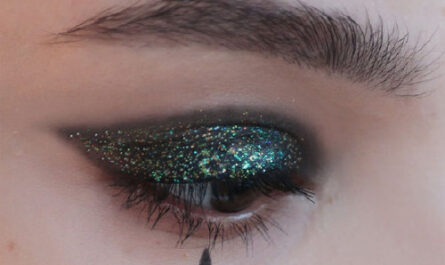