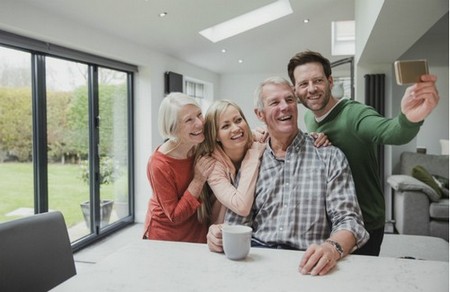 We learn the most primitive and important things from our parents, from how to walk and talk to how to love and treat others. So, it’s no surprise that we learn how to be in a relationship from watching the relationship our parents have, either with each other or another significant other. That’s why observing the relationship between your S.O. and his or her parents can be incredibly insightful – it’s like looking into a crystal ball to see how your relationship might pan out. Here are some things relationship experts say you can learn about your partner when meeting the parents.

What spawned his or her good (or bad) habits

Does your significant other always leave the toilet seat up or the bathroom sink covered in hair post-shave? Chances are, mom or dad cleaned up after their kids instead of enforcing that they clean up themselves. These subtleties might not seem so important when you’re first falling in love, but over time, trust us, they’ll seriously start to piss you off – especially when you fall bottom-first into the toilet during a middle-of-the-night pee.

Why he or she communicates the way he/she does

For better or for worse, Jonathan Bennett, Columbus, Ohio-based certified counselor and relationship coach, says that most children subconsciously pick up on the communication styles and habits of their parents and default to what they watched growing up in their own relationships. “If your partner’s dad was emotionally distant, he or she might see that as the norm,” he says. “Likewise, if his or her parents believed in never going to bed angry, your partner might always want to work things out quickly.

Why he or she is sexually reserved – or liberated

Thankfully, this isn’t an area where kids take cues from their parents’ actions, however, how they talk about sex, as well as their views on the matter, may be inspired by their rents. “Parents still set the tone for ‘proper’ and ‘improper’ sexual behavior,” says Bennett. “Men and women raised in a household where sex was considered dirty or immoral could have issues embracing a more adventurous sexuality.” Just the opposite might be true, however, for children who are raised in a household where sex is looked at as a normal and healthy part of a romantic relationship.

Whether or not he or she is able to commit

“People raised in a household where they saw little or no commitment modeled by one or both parents could have trouble committing later in life,” says Bennett. “Constantly seeing a steady stream of strange men and women come and go can make kids cynical about giving their love away.” This mentality, he explains, can carry over to adulthood relationships. 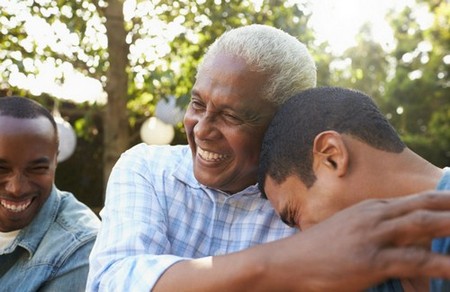 What his or her core values are

When you’re raised in a household with strong values, it’s likely that you will also embody many of those values in adulthood, says Bennett. In other words, if your partner’s parents have strong religious, moral or cultural values, they certainly influenced your partner in many ways. “He or she might not embrace those beliefs now, but be aware that the pull to return to them could be strong,” Bennett adds.

How he or she will treat you long-term

How your significant other interacts with and treats family members can tell you a lot about how he or she might treat you in the future, explains Rachel Needle, PsyD., licensed psychologist and certified sex therapist in West Palm Beach, Florida and co-director of Modern Sex Therapy Institutes. Does your partner’s parents talk down to them or to their own partner? Are they thoughtful? How do they communicate? All of these are important questions to ask yourself as you watch your S.O. interact with his or her parents, explains Dr. Needle. “If your partner’s parents are affectionate, kind and appreciative towards each other and their children, your significant other will likely treat you, your children and others in this way too,” she says.

How he or she resolves conflict

As they say, “monkey see, monkey do!” How your partner’s parents make up after a fight is most likely how you can expect your partner to attempt to make up with you, too. “Partners often have very different conflict resolution styles which can usually be traced back to their parents,” says Dr. Needle. “For example, one partner might have learned from their parents that you never go to bed angry, and, as a result he or she might want to resolve any conflict immediately because that’s what his or her parents did.” If his or her parents tended to walk out on each other or go silent after a blowout argument, chances are, that’s what your S.O. will do.

Whether or not he or she has addictive tendencies

Research supports the theory that an individual’s genes influence their risk of becoming dependent on things like drugs or alcohol. Of course, just because someone’s mom or dad was an addict doesn’t mean that they, too, will become one; however, if there is a genetic, environmental component to addiction in the family history, it does increase the likelihood. “This also goes with mental health, such as personality disorders,” says Lisa Bahar, marriage and family therapist, professional clinical counselor and a certified drug and alcohol counselor. “If parents are open and willing to discuss these behavioral and psychological considerations, it can be helpful, but if the parents are in denial, it may influence your relationship.” 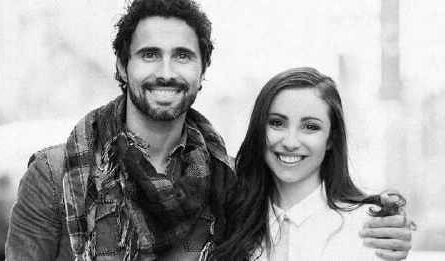