A little over 10 years ago, Jen Hazen’s career prospects were sparkling. With a master’s degree and experience at top magazines and agencies, she found plenty of work in publishing and advertising.

“My career as a copy editor has always been a source of pride,” she says. “I’m excellent at what I do, and there was a time when jobs came easily to me.”

That was then. Now, as agencies and publications try to get by with smaller staffs, copyediting positions are increasingly harder to find. Last year, after seeing job listings that paid half of what similar positions once did, Hazen decided it was time to change careers.

“My current job is becoming obsolete and pay has gotten worse,” she says. “I’m approaching this career change as though I have no choice, which helps to take the emotion out of it – because frankly, I don’t have a choice.” Now, in her 30s, she’s taking weekend classes to become an assistant film editor. It’s a career path that she hopes will provide more opportunities for growth, especially in her home base of Los Angeles. 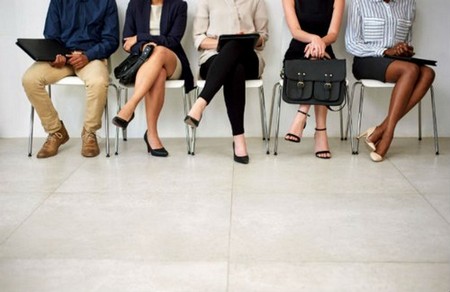 Hazen is just one of many women who, after putting years of work into one career path, realize that it’s time to change course. Some do it out of necessity, others do it in search of fulfillment, and still others do it to seek work-life balance. Whatever the reason, it’s common for women to want a change after working for a few years, says Laura Simms, an Atlanta life coach and the founder of Your Career Homecoming.

“Once you’ve hit your thirties, you’re no longer trying to figure out how to ‘adult,’” she says. “But you still have so many more working years ahead. Do you really want to spend the next 30 dedicating your time to something you don’t care about or that doesn’t value you in return?”

If your answer is no, then consider these eight ways to embark on a change with confidence and composure. Because a career move now, could be your best move ever.

Gauge whether you truly need change

Sometimes, you just know when it’s time to do something new. But how can you tell if it’s actually time to completely start over? “It’s normal to get bouts of escapism, especially if you’re at a stressful point in your work,” Simms says. “But if you’ve been thinking that for six months to a year, it’s probably time to start making an exit strategy.” She also advises considering what could happen at work in the next six months. Will you have more resources or support? A new manager? If there’s improvement on the horizon, stick around to see what happens. But if nothing positive is coming along, it may be time to go.

Get out and start conversations

Don’t jump into a new career without checking in with people doing the work already. “Talk with people who are doing something similar,” Simms says. And she does mean talk – because, as she points out, Googling and reading books don’t always give the whole story.  “Ask them about what it’s really like,” she advises. “Ask, ‘What are the things you love about it? What are the difficult things that I wouldn’t figure out until three or five years in.”

Chances are, you have skills that will transfer to a new career – you just have to determine what they are. “Look back at your greatest hits and times when you were the hero at work,” Simms says. Your track record, and especially your character traits, can lead you to something new. But know that having proficiency in one area doesn’t always translate to it being a dream job. “Someone might be a naturally-gifted teacher, but that does not necessarily mean they want to be in a room of eighth graders day after day.”

If you start thinking that it’s too late to make a change, or that it’s too hard, or that you can’t do it…stop! “I always ask my clients to find an example of someone who’s doing it,” Simms says. So, for instance, if you’re 40 and you think you’re too old, find five examples of similar women who’ve achieved your goal. “When you see role models, it’s a lot harder to say you can’t do it,” Simms notes.

Let go of the past

If, like Hazen, you loved your old career, then take time to grieve – because it is a loss. “I have clients write out a eulogy for the dream of their career,” she says. “They put pen to paper, saying ‘thank you’ and ‘goodbye’ to that path so they can make room for a new one.” The last thing you want to do is harbor resentment that could potentially affect your attitude moving forward.

Feel all the feelings

You’ll have days when you feel unstoppable and motivated. On the flip, there are the days will that feel impossible. “When my workload is slow, I’m thrilled to make a change to a creative career that’s actually in demand and has some longevity,” Hazen says. “Yet when copyediting work is steady, I tend to bargain with myself, like ‘Oh, I can make this work! Right?’ Yeah, I can’t. It isn’t sustainable.” Stay the course – you’ll get there.

Reward yourself for small steps

“I’ve always broken huge life changes down into a series of smaller steps,” Hazen says. “It’s more manageable, and I congratulate myself along the way with little treats. I meditate, work out, and take life one day at a time. It’s so necessary when juggling a job, school, or new experiences in general.”

Most importantly, avoid the temptation to make a radical, immediate switch, Simms says. Instead, think of your career transition as a balancing act that involves small (and big!) steps over time. “Let yourself have questions and not know all the answers,” she says. “Make progress toward the thing you want to do without putting pressure on yourself.” Over time, you’ll get closer to your goal – and before you know it, your old career will be, well, your old career.