There’s no reason that ethical or sustainable fashion should be terms that call to mind certain aesthetics, as they have more to do with how clothing is made than what it looks like.

And yet call to mind a certain narrow aesthetic is exactly what they too often do. Five to ten years ago, they might have evoked something made of rough-hewn hemp; today, the vision is probably closer to the wardrobe favored by minimalist West Coast blogger types who wear earth tones and love plain white walls.

Street-appropriate clothes for people who care about garment laborers and the planet.

Which is all well and good, except for the fact that there are plenty of people who care about how fashion effects garment laborers and the environment who don’t dress that way. For those who have more in common aesthetically with the teenage boys at the local skate park or see Louis Vuitton’s Virgil Abloh hire as the coolest thing that’s ever happened in fashion, the sustainable fashion world can feel hard to engage with visually. 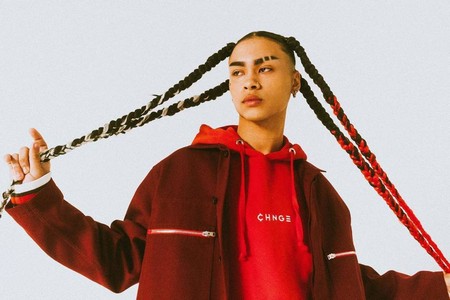 That’s the problem that Jacob Castaldi was running up against prior to launching his brand CHNGE.

“You see so many sustainable brands doing amazing things, but mostly targeting a very specific older customer with a more basic style,” he told Fashionista via email. “We want to be sleek and sophisticated, but we also want to be edgy and a bit loud… We want to make sustainability cool for the youth, while also creating timeless pieces anyone can wear. Stylistically we want to build a bridge between the Palaces and Everlanes of the world.”

CHNGE is just one of many newish, urban brands that are trying to create space for the increasingly high-stakes conversation around sustainability in the context of the buzzy world of streetwear. And they join other more established labels like Noah and Heron Preston that are open about their shortcomings but are nonetheless deeply invested in becoming more responsible about their social and environmental impact.

Looking to learn more about the intersection between hypebeast-worthy threads and fashion manufacturing and sourcing ethics? Read on to discover a few of our favorite brands making waves in the space. 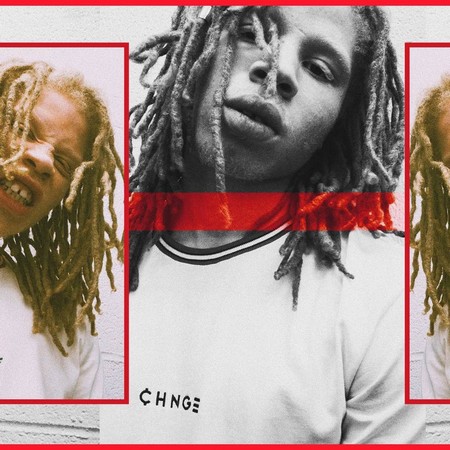 CHNGE was created to “give consumers who care an outlet to make a positive impact in the world through their purchases.” As such, it donates 50 percent of its net profits to charities like the Malala Fund and Charity: Water, shares extensive looks inside its manufacturing partners’ facilities and produces using 100 percent organic cotton.

“This brand was, unfortunately, inspired by all the problems still facing our world in 2018,” CHNGE’s founder Jacob Castaldi said via email. “We cannot continue putting the maximization of profit ahead of the protection of our planet… We exist to prove a new model where we give back as much as we make to inspire a new wave of business where greed and maximizing profits is not a priority. And existing to create responsibly by using sustainable materials in everything we make.”

Inclusivity is also a big value for the brand, which has used its platform to talk about acne, albinism, disability, sexuality, gender and more through its choice of models. “We live in world so divided,” said Castaldi. “It’s hard to imagine us being able to come together to protect our planet. That’s why we are existing to represent absolutely everybody.” 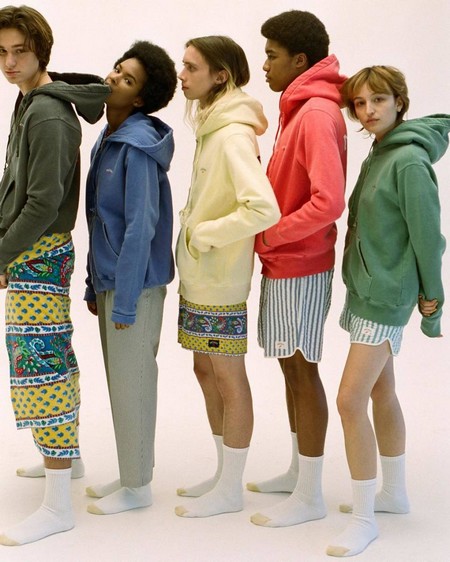 As the former creative director of Supreme, Noah’s founder Brendon Babenzien’s got streetwear credibility in spades. At Noah, he blends the IDGAF sensibility he brought to Supreme with hits of prep and an informed take on how clothing production impacts the planet and garment workers. The brand frequently uses its platform to support and discuss environmental causes, and hosts very open dialogue with customers through its blog and social media about packaging waste, factory overrun disposal and the problems with single-use plastic. It also goes out of its way to support brands like Patagonia that it sees as doing even more to promote environmental consciousness in fashion.

Noah has an uneasy relationship with being called “sustainable,” as it recognizes that the most sustainable option would be to stop producing new things. Still, the brand publishes more information about its materials and where they’re made than the average label, and incorporates recycled materials in certain parts of the line.

“We may not be sustainable, but we are trying our best to be responsible,” the brand shared in a blog post in February. “We put integrity above trends, and try to work exclusively with suppliers and manufacturers who treat workers fairly… To say we’re sustainable would be a lie. To say we’re doing a little more with each season would be the truth.” 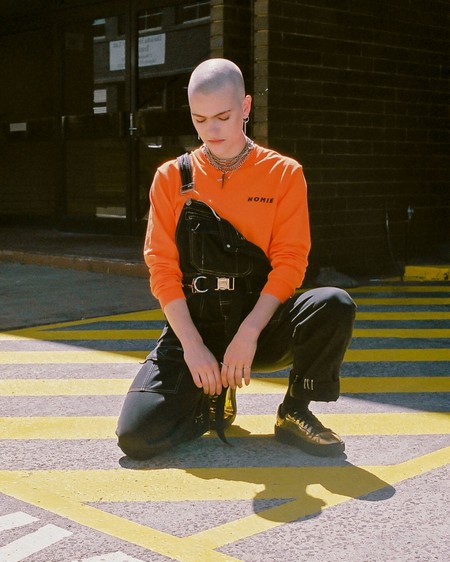 HoMie is an Australian label that was created to address youth homelessness in Melbourne, where the brand is based and has its flagship store. It flowed out of a “Humans of New York”-esque social media project that focused on sharing the stories of Melbourne’s homeless population, and grew into a brand after seeing one of its fund-raising merch pop-ups become particularly successful.

Through its partnership with a local nonprofit called the Pathway Project, HoMie hires interns for 6-month stints who are homeless, and helps provide them with income, job skills, housing and mentorship to help them transition out of homelessness and into self-sufficiency beyond the program’s duration. It also provides brand-new clothing, haircuts, beauty services and food to other homeless youth through its “VIP Shopping Days.”

100 percent of HoMie’s proceeds go toward funding its projects aimed at homeless youth, but its philanthropy isn’t the only thing that makes the label an ethical winner. It’s also endeavoring to bake ethics into the manufacturing and production of its garments. All of HoMie’s latest range, which includes tees, tracksuits, hoodies and more, were produced in Australia using cotton from an Ethical Fashion Australia-certified company.

Catching A Fish In Norway 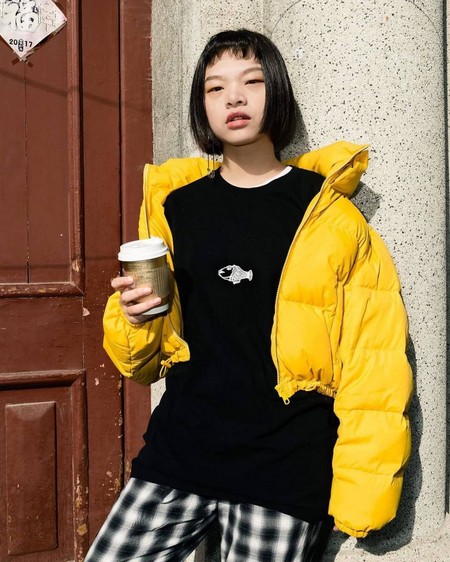 Established in 2014, Catching A Fish In Norway (or Cafin, for short), was created as a way to elevate the work of young illustrators and photographers. To that end, Cafin offers affordable t-shirts, hats, sweatshirts and more that feature the work of up-and-coming artists – all made from completely organic and fair trade materials. The brand also claims that all of its pieces are “90 percent carbon neutral.”

“I noticed a real lack of ethical or sustainable alternatives for ‘streetwear,'” founder Paul Donati said via email. “Every time I’d search for fair trade clothes I would always get the same – hippie/hemp/middle-aged clothing ranges, but no good alternatives for people our age. So I decided to set up my own social enterprise which would tackle various issues in today’s fashion industry – primarily the treatment of designers, factory workers and cotton farmers.”

Cafin sources its fabrics from five different countries, cuts and sews pieces at fair trade certified factories in India and embroiders and screen-prints in Norwich, just north of London. 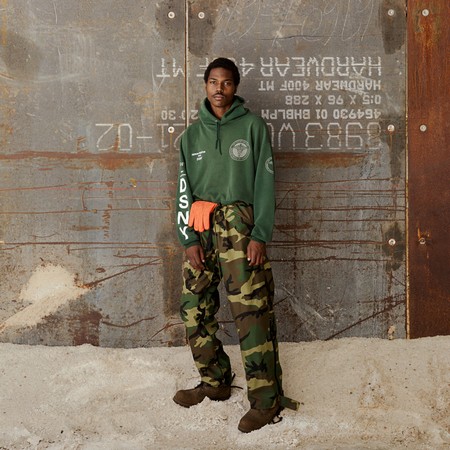 Heron Preston doesn’t claim to be 100 percent sustainable, and he knows there’s progress to be made before he can say that environmental consciousness informs how every single piece of clothing in his eponymous line is made. But as a collaborator with Kanye West and Virgil Abloh, he’s positioned to make an impact by being perhaps the best-known name in streetwear paying attention to the ethical fashion movement. The fact that he initiated a mini “apprenticeship” with Eileen Fisher late last year indicates that he’s willing to go out of his way to learn from sustainability thought leaders, not just pop culture icons.

“I’ll have to start out small, but the hope is that in coming seasons, pieces made from recycled fabrics via streamlined processes can make up the bulk of the Heron Preston brand,” Preston told Glossy earlier this year.

Even before working with Eileen Fisher, Preston had begun incorporating upcycling into his design process. First introduced in Fall 2016, his DSNY collection featured re-worked uniforms from the New York Department of Sanitation and sought to raise awareness for the city’s 0x30 campaign, which aims to send have zero waste sent to landfills by 2030. Since then, Preston has also been outspoken about producing in Italy with high-quality fabrics to try and counteract the kind of cheap clothing that falls apart and ends up in in the trash. 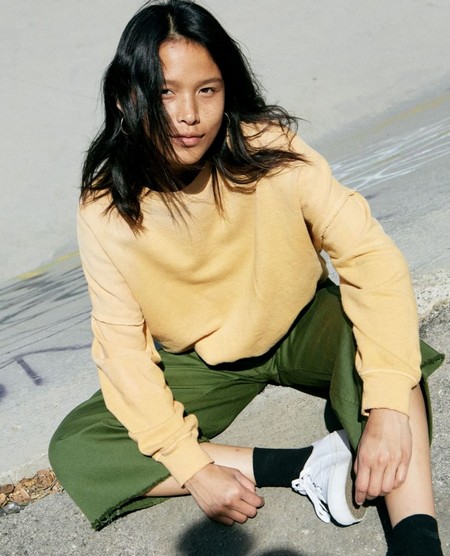 Isadora Alvarez, the founder of Back Beat Rags, got her start curating vintage t-shirts in California before she decided to start making her own pieces. Today, Backbeat Rags is a laid-back, street-ready basics line inspired by a surf-and-skate-filled West Coast lifestyle – and all the pieces are made in Los Angeles at facilities that Alvarez visits herself and lets her customer see inside. All the fabrics are knitted locally, and the pattern-making, sampling, sewing and dyeing all happen within three miles of each other.

“Clothing should enrich lives – both of the wearer and the person making it. How can you do that when you don’t pay them fair wages or give them good working conditions? And how can I sleep at night as a business owner knowing that I’m profiting while the workers are suffering?” Alvarez asked via email. “I think the ultimate goal is to make sustainable production and using sustainable fabrics the norm.”

Beyond carefully overseeing manufacturing of the clothing itself, Alvarez also selects a range of eco-friendly textiles like tencel, organic cotton, recycled cotton and hemp from which to make the super-soft (and accessibly priced) pieces that comprise Back Beat Rags’ collection. 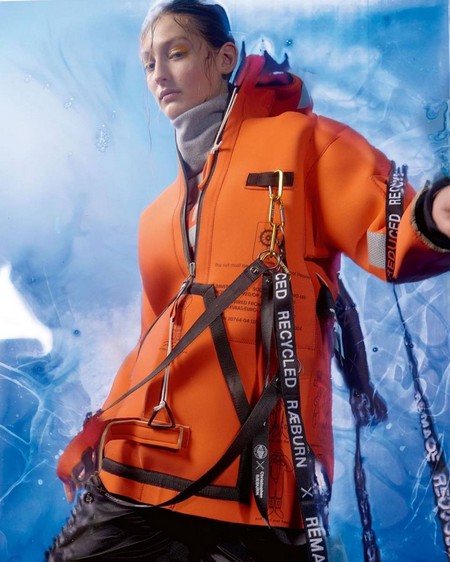 Having collaborated with the likes of Moncler and won the British Fashion Council’s Emerging Designer award in 2011, Christopher Raeburn is an ethical fashion force to be reckoned with. His military-inspired designs frequently make use of deadstock textiles – like parachute material and bomb disposal jackets – to create cool, street-ready ensembles for men and women.

Despite the fact that he’s been attracting attention for his environmentally conscious initiatives for years now, Raeburn claims it wasn’t necessarily what he set out to do at the beginning of his brand.

“I’m quite open that I didn’t set out to start a sustainable company at all,” Raeburn told Hunger a few years back. “Happy accidents are always the best, aren’t they?… It’s not about standing on a soap box and saying ‘buy this because it’s better,’ that’s never been what we’re about, but if you’re providing a really good quality garment, hopefully someone’s going to notice on a shop floor against so many other brands.” 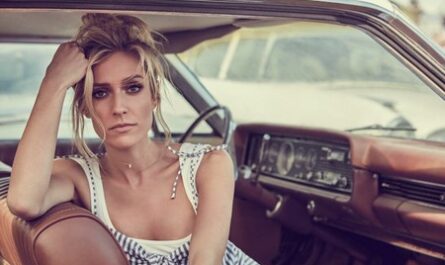 How I Shop: Kristin Cavallari

17 thoughts on “7 Ethical Streetwear Brands for the Woke Hypebeast”