We put Jag’s sporty new 550 HP ute to the ultimate test in the French Alps. 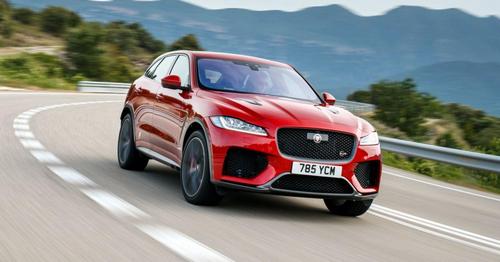 After his ruinous defeat attempting to invade Russian, in 1814 French Emperor Napoléon Bonaparte was stripped of his title and banished to the Mediterranean island of Elba to live out the end of his days.

That didn’t last. In early 1815 he escaped and hit shore in southern France, quickly working his way back to Paris to start stirring up trouble again. Instead of stopping him, French regiments kept joining their former leader as he forged what is now dubbed the Route Napoléon up towards the capital.

We are currently on that road, except instead of horseback we’re currently flogging, oh, about 550 galloping horses making short work of this gorgeous piece of asphalt.

With the supercharged V8 snorting angrily through the quad tailpipes behind us, we zoom down the snaking road that hugs these Alp foothills.

Hard to tell which is more glorious: the Jaguar F-PACE SVR we’re leading towards St. Tropez, or this route that Napoléon took over two centuries ago. Sometimes the treacherous S-curves make way for wide sweeping downhill runs, and few things could gift more joy.

In an act of engineering hubris, they’ve transplanted the fire-breathing 5.0-liter supercharged V8 used in their top-of-the-line F-TYPE R sportscars and super high-end Range Rovers into the slightly more pedestrian F-PACE SUV, and let it off the chain in southern France.

Let’s just say there are worse ways to traverse the Côte d’Azur than in a 550-horsepower SUV – especially one that’s been so thoroughly retouched by the SVO team from nose to tailpipe.

With more than 500+ lb-feet of torque, the lump unloads great avalanches of power, so much so that we’re passing a train of cars stuck behind languishing RVs, swallowing up Fiats like Pac Man dots, while climbing uphill.

With zero hesitation. The SVR boasts 170 more horses than the erstwhile most powerful F- PACE S, allowing for a dizzying zero-to-60 mph run of just 4.1 seconds en route to a 176-mph top speed. It’s hard to imagine needing more power in an SUV. 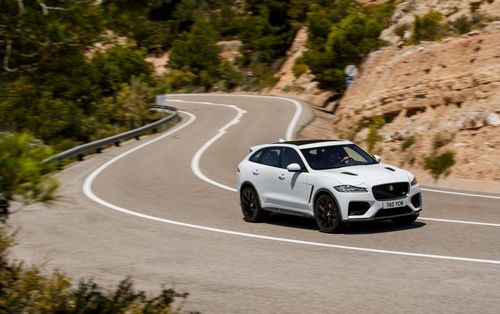 They added a rear electronic active differential and torque vectoring (via braking), the former which allows up to 100 percent power to be pushed to the rear axle (with never more than 50 percent going to the front).

Larger two-piece brakes (15.5-inch up front and 15.6-inch in rear) were installed, as was a retuned variable valve active exhaust delivering the famous Jaguar snarl as the F-PACE humiliates lesser vehicles.

Other than the engine, the second most salient aspect of the SVO-touched F-PACE SVR is its ride and handling. This focus on retaining ride comfort with added performance is no lucky error, as newly minted CEO of the SVO division Jamal Hameedi explained to me the previous evening over dinner.

“Last fall I discovered what a Jaguar was born from – it was the first time I’d ever driven an E-Type,” Hameedi tells me, gushing about his experience behind the wheel of a 1963 “Number 41” E-Type.

Cherrypicked from Ford’s Special Vehicle Team (SVT) for his work overseeing such halo vehicles as the Raptor pickup, Ford GT (both 2005 and 2017 iterations), Shelby Mustang GT500 and Focus RS, it’s clear Hameedi is a man who knows what it takes to hone performance.

He continues: “My background with sixties-era cars was Shelby Mustangs, and this E-Type was absolutely shocking: like four-wheel disc brakes, rack and pinion steering – its ride was mind-blowing. I mean, I couldn’t even imagine this car in the ‘60s. So it gave me a window to the core of what the Jaguar was, and that car was so supple.” 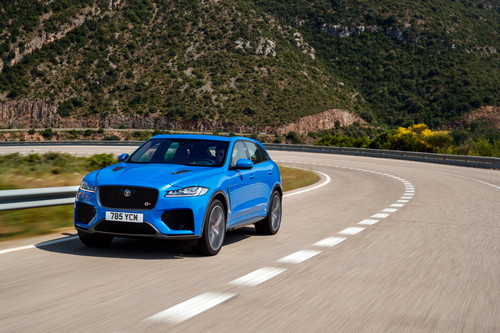 The line between supple and firm is tough to surf, and even more difficult to engineer. Hameedi was determined that his F-PACE SVR would retain Jaguar’s famed suppleness, even if they had to bolster its suspension for performance.

So they tuned the chassis with uprated adaptive dampers and increased front and rear spring rates (30- and 10-percent respectively). But the tightening isn’t overbearing, culminating in an overall 5-percent reduction in body roll while keeping the ride SUV compliant.

“We’re lucky the car it started from, the F-Pace, already had some great fundamental elements to it to make a good, dynamic and sporty SUV,” he continues, noting the lightweight aluminum chassis that JLR engineers are known for.

As the non-SVO F-PACE already won both World Car of the Year and World Car Design of the Year awards when the midsize SUV first hit showrooms, and is already the fastest selling Jaguar of all time, the SVR is built upon fantastic genetics. 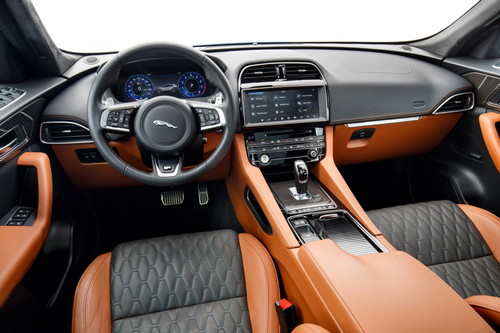 As a sort of early refresh the F-PACE SVR receives a whole suite of tech updates as well, including Jaguar’s InControl Touch Pro infotainment system with 10-inch touchscreen, Apple CarPlay and Android Auto, and optional tech like Head-Up Display (HUD) and 4G Wi-Fi Hotspot, allowing up to eight devices to be connected simultaneously. 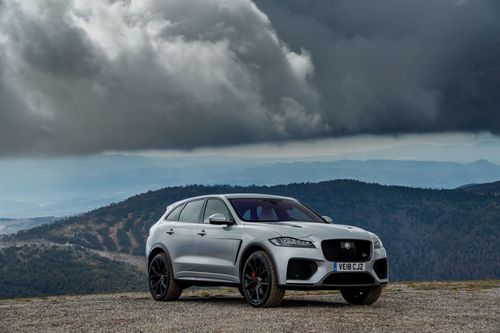