It was a record-breaking one for diversity.

Its only taken two seasons for Cindy Crawford-spawn Kaia Gerber to break through as a post-Instagirl supermodel, so theres still plenty of room at the top for the next generation of fresh faces — and as we do every season, were here to shed light on the industrys newest class of soon-to-be "It" models from the Fall 2018 runways.

The big news this fashion month: the deluge of Black beauties who made their mark on the runways. Out of the 18 emerging stars on this list, nine are Black, including several African refugees-turned-models — from Saint Laurent-favorite Adut Akech to famed Prada opener Anok Yai — who are inspiring a renewed push for diversity in the industry.

Meet the models of the season below.

While she may not technically be considered all that "new," Akechs supernova success in recent months deserves celebration. After fleeing from Sudan as a refugee to Sydney, and modeling locally since age 11, she became the exclusive face of Saint Laurent, making her major fashion week debut as an exclusive at the houses Spring 2017 runway show. Akech soon went on to become an editorial darling, starring in 2018s all-Black Pirelli calendar and turning up on just about every runway that matters for Fall 2018.

First impression: Wow, who was the girl that just opened Fendi?! The combination of mesmerizing blue eyes and Brooke Shields-worthy eyebrows won us (and major designers) over immediately. Roche hung with the cool kids at Alexander Wang, joined the glamazon cast at Versace and walked all the top runways in Paris. Not to mention, shes a total overachiever who played soccer for a top team while also studying for the Ivy Leagues.

Theres a lot of Black excellence on this list, and Nyasiase embodies the new wave of African stars taking the industry by storm. Shes got a smile that lights up a room and a runway saunter thatll make you weak in the knees. Following her starring role in Alexander McQueens Spring 2018 campaign, Nyasiase walked 40-plus top shows this season, confirming her breakout status.

Theres a lot of fashion-adjacent talent coming out of South Africa lately, including this fresh face with spunky ears and a sultry pout. Discovered via a photo that pictured her lined up alongside schoolmates in matching uniforms, Rossouw has a distinctive look that makes her stand out in any crowd.

Milky white skin, flaxen curls and striking bone structure lend an enchanting quality to this English rose who charmed casting directors last season, then went on to prove herself as one to watch for Fall 2018, hitting all the major shows in each of the four capitals.

"Be the good Naomi," is what another, certain Naomi said to this fresh face after Alexander McQueens Spring 2018 runway show last season. Weve witnessed plenty of runway stars emerge from the Caribbean in recent seasons, and Wing caught our eye during the haute couture shows, then mingled with top-notch casts, like Miu Mius, for Fall 2018.

In late January, if you asked any model expert who would crush the Fall 2018 runways, all bets would be on Summers, a poetic "It" Brit with a glacial stare and chic, ragged bob. She made a strong showing for Spring 2018, then made a clean sweep of every major show last month.

This fiery-haired Southwesterner made headlines last season after being scouted while working at Chipotle just days before walking Marc Jacobs and Calvin Klein. She continued to build on that momentum for Fall 2018, and her haute "Napoleon Dynamite"-esque look made her a shoo-in for some of the more avant-garde casts.

Discovered while volunteering as a teacher at a local school in Nigeria, Abioros heart is as beautiful as her face. Her impressive, top-shows-only roster confirmed her membership in the new guard of African models. "I feel honored and glad to be part of this change," she told Fashionista.

Theres been a bona fide South Korean boom on the runways in recent seasons, but what sets Park apart is her edgy look and equally edgy sense of personal style. The former Louis Vuitton exclusive hit all the highlights this season.

No one can own a gamine pixie cut better than a young Frenchie. Aside from her tomboyish charm and cute beauty mark, what we love most about Normand is her versatility, who looks equally great in a billowing Giambattista Valli gown or a utilitarian A.P.C. look.

Aighewi made a name for herself seasons ago as one of the industrys most outspoken models who has been working for years, and is now enjoying a second coming in her career. The Nigeria native, who is also of Chinese and Thai descent, started embracing her dreadlocks and switched agencies, and is finally getting the recognition — and relevant bookings — she deserves.

A handful of raven-haired up-and-comers owned the Paris runways this season, and Sprehe was one of them. Compared to others (like Mattea Brakus and Alexandra Micu), we particularly like how she captures that strong, cinematic look without all the hard edges.

You wont find many lanky teenagers out there who are half-Italian, half-Cuban and grew up in South America — and this season, Marconis doe eyes made her stand out among the newcomers.

Hometown: Nairobi and Kakuma, Kenya by way of Adelaide, Australia

None other than Akech inspired this fellow former African refugee, also from Australia, to pursue modeling. "I saw her photos on Instagram," she told a local Australian news site. "It was just so nice that someone was actually getting recognized with a different skin color and doing so well." This former Prada exclusive is now enjoying her own moment on the runways, none more than for Fall 2018, and in magazine editorials.

Were always in the market for a strong, all-American blonde, and this upstate New Yorker fits the bill. Her aristocratic profile and spray of freckles translated into a short and selective showlist that included a Calvin Klein exclusive during New York Fashion Week.

Beginning with the Givenchys haute couture show this past January, we began noticing a modern-day Amber Valetta doppelgänger with arthouse appeal. Its refreshing to see a more mature model — 25 is, somehow, still considered to be older for the runways — hit the ground running on her own terms.

Hometown: Sudan by way of Egypt and Manchester, N.H.

Last but not least is the history-making moment that was Yai, the first black model to open a Prada show since Naomi Campbell in 1997. Her modeling story began with an Instagram post that showed her at a Howard University homecoming picnic in October that soon after went viral. Like several other stars on this list, shes a former refugee, her family fleeing the Sudanese genocide, and now finding success on the runways and helping to inspire the next generation. 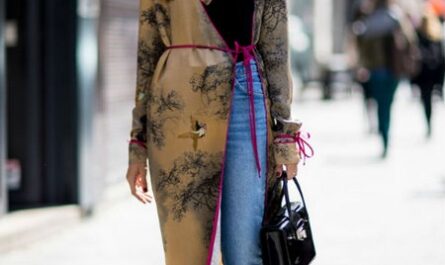 Seaweed is the latest sustainable material