Despite the show airing way back in 2013, it’s had a massive resurgence in viewing figures since landing on Netflix last month and dominating the top spot on the streaming site’s homepage.

This got us thinking, how many other brilliant TV shows are out there from a few years back, that we might have missed when they first aired? The answer is: a lot – but don’t worry, we searched high and low across all the top streaming sites to find the very best in The Fall-esque series of years gone by that deserve your undivided viewing attention.

The Fall is *the* TV show everyone is talking about right now.

The gripping crime drama stars Gillian Anderson and a pre-Fifty Shades Jamie Dornan. Anderson plays detective superintendent Stella Gibson who, along with her task force (and her incredible collection of silk shirts), tries to track down the serial killer known as ‘The Belfast Strangler’ – who viewers know as Paul Spector, played by Dornan. 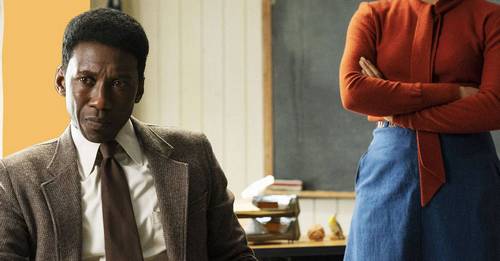 Take Intelligence, set in Vancouver and launching way back in 2005, the show follows the director of an Organised Crime Unit who recruits a top drug-smuggling boss as a police informant – the two must work together to maintain their hold on their respective businesses. Despite being cancelled in 2008, the show has a huge fan base and a seriously impressive rating of 8.2 on IMDB. Like The Fall, it’s been snapped up by Netflix, with both seasons available to stream.

Also, if you haven’t yet watched the multi-award-winning hit show True Detective – its cast packed with huge Hollywood names – then stop what you’re doing and head to Now TV immediately.

So, scroll down for our pick of the top 10 crime dramas across Netflix, Now TV, Amazon Prime, BBC iPlayer and All 4, which are set to be your next obsession…

Being a survivor of sexual violence – this view is appallingly sexist, outdated and frighteningly inaccurate

Letitia Wright: poem following the death of her co-star