New boyfriends came and went, cystitis stayed like a constant and low sharp hum in my life that needed permanent management. I was put on long-term, low dose of antibiotics. It worked; six months pain-free! But eventually I became immune to the antibiotics and the burning started again.

The first time it happened I was 19 years old at University, when I woke up in my single bed and cramped student digs suffering from a burning sensation, like someone had set fire to my clitoris and then stuck red hot pins into it. I ran to the toilet, desperate to wee. The more I weed, the more it burned. My stomach swelled, I looked like I was three months pregnant. I thought I was dying, the pain was so all consuming.

And there was blood in my urine. After a urine test, my doctor assured me otherwise. Along with one in 10 women in the UK who suffer annually, I had cystitis, an inflammation of the bladder, usually caused by a common urinary tract infection. I took antibiotics, drank loads of water and a disgusting drink from the chemist that tasted of an off, fizzy lemon Sherbert drink. It helped, within two days the pain had stopped.

And so began a painful pattern between my sex life and my bladder. I had sex, the next morning I woke up desperate for the toilet, with the early signs and symptoms of cystitis – burning, a change in odour of my urine. I would instantly rush to the shops and buy cranberry juice (never made a goddamn difference even though everyone told me it was the ‘cystitis wonder juice’).

I discovered Lemon and Barley Water drink which instantly eased my symptoms, but never helped the inevitable infection that would ensue. I made sure to empty my bladder after sex, which was another reason for flareups. Eventually the pain became so frequent and unbearable, it put me off sex altogether. I split up with my boyfriend, I felt like holding up a crucifix every time he so much as gave me a sideways glance.

In my twenties it wasn’t just sex that set it off now – now stress, alcohol, too much coffee, wearing tights, flying long haul (from sitting in one seat for too long), scented body shampoo, scented body wash all acted as a cystitis trigger. I saw more doctors, was sent to a urologist who specialised in bladders, she injected a dye into my body and watched it go into my bladder – there was nothing ‘physically’ wrong with me. I started getting pain in the bottom of my foot, to the right of the arch. No one could explain why, but when I had cystitis, the bottom of my foot throbbed.

A Chinese doctor later explained to me this was where my bladder meridian is on my foot according to reflexology. The traditional medical professional laughed at the suggestion. He gave me sour Chinese herbs that made me heave to drink. They helped for a while, then it returned. I saw another ‘top’ urologist. He told me to take cranberry tablets three times a day. I told him cranberry tablets didn’t work for me. He had nothing else to offer. I cried.

Eventually, I started getting all the symptoms of cystitis but no infection was showing up. I was now immune to two types of antibiotic and was becoming desperate, often staying in bed for a couple of days at a time with a hot water bottle when it was at its worse. No one seemed to have an answer. Doctors fobbed me off with more antibiotics and told me to keep up my water intake.

And then finally, 15 years later, just as it came, my cystitis disappeared overnight thanks to a miracle. Actually no, there was no divine intervention, just an affordable, natural remedy I came across by chance one day while browsing in a health food store. It was called D-Mannose, a lesser-known alternative to Cranberry tablets and within three days of tapping its soft white powder into a glass of water, multiple times a day, my cystitis disappeared.

The pain in my stomach, the stinging, the burning, it all went. “In its concentrated form, it may help bacteria from sticking to the bladder wall and urinary tract lining which can then in turn, reduce infection rate’ says Grace Barnes, Glamour’s resident nutritionist. “This means it is great not only for treating a UTI but also to prevent it if there is a common recurrence. Always check the dosage as it will vary depending on your needs and it’s always worth running new supplements past your healthcare professional, particularly if you have diabetes, as D-Mannose is a sugar.”

I have been cystitis-free now for five years. I started telling my friends – also big cystitis sufferers – about it and it stopped their pain too. I was like an evangelist, shouting it from the rooftops to anyone who’d listen. And now I’m telling you, fellow cystitis sufferer. You’re welcome. 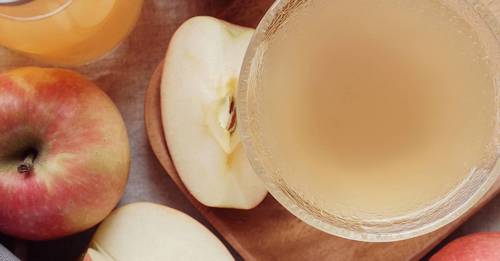 Our expert weighs in on home remedies that work

Why changing gender wasn’t about switching one body for another 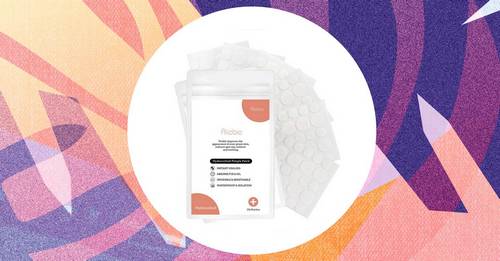 One thought on “Сystitis, natural remedy that changed my life”