Since the finals Williams has been quiet on the subject. But now, nearly a year later, Williams opens up about it in a first-person essay in Harper’s Bazaar.

At last year’s U.S. Open final, Serena Williams squared off against then 20-year-old Naomi Osaka. Williams was poised to win her 24th Grand Slam title when the umpire accused Williams’s coach of giving her signals from the stands. The umpire issued a violation, but Williams was adamant that she absolutely wasn’t receiving any coaching.

As she put it at the time, “I don’t cheat to win. I’d rather lose.” Then things began to spiral. Williams lost the next point and smashed her racket in frustration – earning her another violation. Williams stood up for herself, accusing the umpire of penalizing her for being a woman. In turn, the umpire took away a game from Williams – and she went on to lose to Osaka.

For a long time after the match, Williams shares she wasn’t ready to pick up a racket. She suffered many sleepless nights, replaying what happened in her mind. Eventually she knew she needed to take action. “Days passed, and I still couldn’t find peace. I started seeing a therapist,” Williams explains. “I was searching for answers, and although I felt like I was making progress, I still wasn’t ready to pick up a racket.” She realized she couldn’t move forward until she apologized to Osaka – who instead of celebrating her first U.S. Open win, was in tears as she received her trophy, crying over the controversy that had just taken place on the court.

“Hey, Naomi! It’s Serena Williams. As I said on the court, I am so proud of you and I am truly sorry. I thought I was doing the right thing in sticking up for myself. But I had no idea the media would pit us against each other,” she wrote in an email to Osaka. “I would love the chance to live that moment over again. I am, was, and will always be happy for you and supportive of you. I would never, ever want the light to shine away from another female, specifically another black female athlete. I can’t wait for your future, and believe me I will always be watching as a big fan! I wish you only success today and in the future. Once again, I am so proud of you. All my love and your fan, Serena.”

Osaka then responded with a text that brought Williams to tears. “People can misunderstand anger for strength because they can’t differentiate between the two,” she wrote. “No one has stood up for themselves the way you have and you need to continue trailblazing.”

Williams was also candid about the many other times she’s been discriminated against throughout her career, both publicly and privately. “As a teenager, I was booed by an entire stadium (I took the high road and even thanked those who didn’t want to see me win). I’ve been called every name in the book. I’ve been shamed because of my body shape. I’ve been paid unequally because of my sex. I’ve been penalized a game in the final of a major because I expressed my opinion or grunted too loudly.

I’ve been blatantly cheated against to the point where the Hawk-Eye rules were introduced so that something like that would not happen again. And these are only the things that are seen by the public. In short, it’s never been easy. But then I think of the next girl who is going to come along who looks like me, and I hope, ‘Maybe, just maybe, my voice will help her,'” she writes.

And while it hasn’t been easy for Williams, she acknowledges that it’s not a pain she’s suffered alone – it’s something women face daily. “This incident – though excruciating for us to endure – exemplified how thousands of women in every area of the workforce are treated every day.

We are not allowed to have emotions, we are not allowed to be passionate. We are told to sit down and be quiet, which frankly is just not something I’m okay with. It’s shameful that our society penalises women just for being themselves,” she writes. And now, with her racket back in hand, she promises to keep fighting for a woman’s right to be herself, in all workplaces. 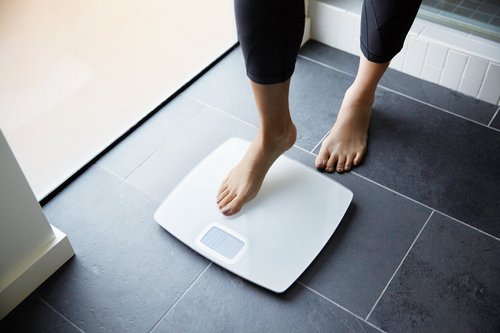