Most people jet off to Ibiza to, well, party. And party hard.

And while the Spanish island might not be synonymous with wellness, it’s rapidly filling up with fancy yoga retreats, body-sculpting spas and healthy restaurants.

Keen to find out what all the fuss was about, we jetted off to the Balearic island on a spa getaway. First stop was the Nobu Hotel Ibiza Bay, where we experienced a humidity-proof blowdry with the John Frieda team. Then we went off to the Hard Rock Hotel to try a never-before-seen massage technique especially tailored for all the music junkies out there: music-centric massage. 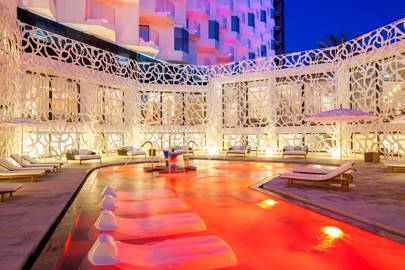 While I envisioned heavy metal music blaring through my headphones as I desperately attempted to relax, in fact, this super tranquil experience is designed to help you unwind – just not in the traditional way.

I arrived at the treatment room and noticed there was a guitar casually placed on the bed – naturally, my first thought was: ‘Oh God, the masseuse is going to serenade me’. Luckily, she didn’t. She removed the guitar and asked me to lay on my back, standard procedure – so far not as weird as I thought it would be.

But lo and behold, I looked up and noticed a bizarre brown pod dangling above my head (I did warn you that this was no average massage). The masseuse then explained that above my head was a music pod designed to make the beats more ‘soothing’; she also made me aware that the bed would vibrate according to the songs we were listening to. Rock on!

She chose a playlist and the less-than-conventional massage started. The songs weren’t to my particular taste – there was a little bit of everything from chilled reggae to guitar solos, which made my buttocks jiggle while the masseuse worked her magic on my shoulders with a special choreography of varying pressure and rhythms. And when I say choreography, I mean it *very* literally. The movements of the massage are all synchronised with the “musical journey” she takes you on. For fifty minutes, the masseuse did not miss a beat, moving her hands up and down my body as she was doing some sort of interpretive (rubbing) dance.

I left the room feeling super relaxed but simultaneously ready to party. It was basically Ibiza in a beauty treatment.

The Syncronicity massage is 140€ for 50 mins or 200€ for 80 mins at the Hard Rock Hotel Ibiza. Rooms are priced from 300€/night, double occupancy, breakfast included, at www.hrhibiza.com. 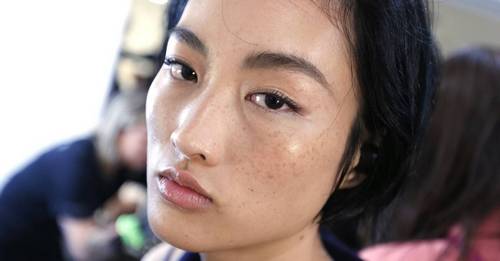 Your step-by-step guide to shaping your eyebrows at home 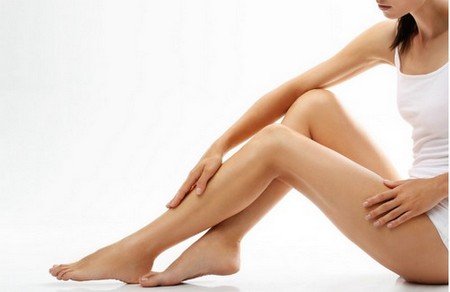 If You Have Varicose Veins, You May Be At Risk For Health Issues